For their fourth film the Gpsy Feelin crew continue their philosophising regarding the lot of the contemporary rider ensconced in a society and a system that, far from promoting his fulfilment, gnaw away at him from without with determination. Whence the need to get together in our own little bubble to dream up a world vaccinated against the hardships of reality.

The Gpsy’s film couples skiing with T.A.Z. via the intermediary of a poetic, almost oniric, universe. A state of stasis, a « normal life », on stand-by, dancing to the rhythm set by the winter and the snow. A winter during which each session becomes one of these autonomous temporal zones.

As a passion and outlet, skiing becomes a means of uniting people on a human scale. However, the decision to take steps to enter an autonomous temporal zone reveals a commitment to wage war on the established order. To quote Mr Bey, this search for freedom is pursued in « an epoch where speed and « merchandise fetishism » have created a tyrannical false unity which tends to blur the individual and confound cultural diversity. (…)This paradox creates « gypsies », psychic travellers motivated by desire and curiosity, superficially loyal wanderers, indifferent to time and place and in search of diversity and adventure ».

Of course, for all those who couldn’t care less about any profound message that a ski film may convey there is also plenty of good skiing and great stunts. Herr Taillefer would have like something a little more explosive but we don’t always get what we want !

TAG •
Prev A Walk in the Park 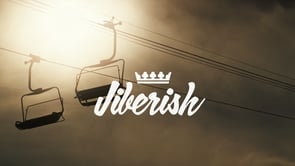 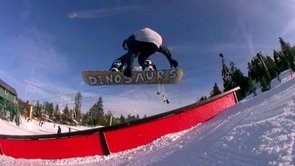