When Find Snowboarding was first conceptualized, there was no idea of how exactly it would end. The only thing certain was that each trip would be centered on adventure, travel and unique elements of snowboarding.

The alien streets of Kazakhstan showed an unseen part of the world, ripe with snowboard possibility. The wind-tattered Aleutians taught the value of preparation and patience. The open, long-standing glaciers of Norway… well that's a different story.

To truly finish off this project, Will Lavigne and Thomas Delfino hit the open roads of Europe on a journey from Munich to Oslo. From there they met up with Stale Sandbech, Toni Kerkelä and Len Jorgensen to hit the Fonna glacier.

From Kazakhstan to Alaska to Norway, Find Snowboarding is a celebration of all things that are pure and good about snowboarding; traveling, the adventure, the sensation, having fun with your friends and exploring the possibilities of being strapped in.

Find Snowboarding: NORWAY is the story of snowboarders traveling to go snowboarding. Once you put your deck down, strap in and take that heel-side carve it doesn't matter where it is because at that point snowboarding has been found.

So enjoy the last full film from the Rome Snowboards Find Snowboarding project and get stoked because snowboarding is the shit.

As Cody Booth made his yearly migration to Alaska in search of untouched lines and epic powder – The weather was less then cooperative.

Armed with a map and pending weather forecast a decision was made to head west…as far west as possible.

The Aleutians were formed by volcanic reaction and to this day still host large active volcanoes; many with lines, couloirs and untouched possibilities. – An adventure to unbelievable to pass up for Thomas Delfino and Aspen Rain Weaver, who headed north to meet Cody in the wild frontier.

Weather, grizzly bears, and a lack of amenities made this into one of the grittiest missions to date. The little town welcomed these unusual visitors but the surrounding terrain made no concessions, forcing the crew to get creative as they searched for first descents and fresh lines.

See it all in Find Snowboarding: ALEUTIANS, the second of three full films from Rome Snowboards

After countless pitches, explanations and justifications to the Kazakh consulate about how three snowboarders were looking to ride in their streets and not the nearby Himalayas, they finally agreed to let this motley crew in.

The result was something far beyond our expectations—a rail mission that became an adventure. The crew bartered with locals for a van named “Rick”, continually bribed off corrupt officials, visited the Kazakh healthcare system and fought off bums or stray cows while trying to hit rails. Through it all, they opened the door to a multitude of snowboarding possibilities.

On the loose in unknown territory, LNP, Ozzy and Ian took to the streets of Almaty with the hopes of discovering new rails and features. What they found was much more than that.

Find Snowboarding: KAZAKHSTAN, is the first of three full films from Rome Snowboards coming this season. 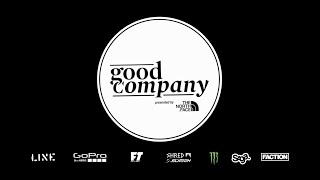 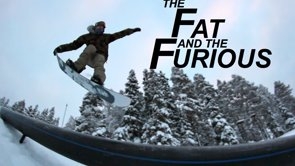